These two promising newcomers face off in a West Coast Club versus European Club batte.  Peyton enters the fight with a win to her name and Nikki comes in following a tough loss to what is viewed as an average veteran.  Will Peyton continue her winning ways as she tries to make a statement in the AWC?  Or will the promising new fighter from Europe get things figured out and get a win?

Nikki (5’4 115lbs 28 y/o) lives in Vienna.  She married the son of an extremely wealthy business mogul.  She spends her time working out and living a life of luxury in comparison to most.  She has become a big fan of cross fit activities and is considering competing in that arena as well.  She is also rumored to have been a member of a local fighting/wrestling club in the area before meeting her now husband.  Nikki’s response about why she would be a good Apartment fighter — “Skilled and dedicated.  That says it all.  I am committed to being the best and will work hard to prepare my body to fight.  I have skill that most don’t expect me to possess.  Those will make me a winner!” 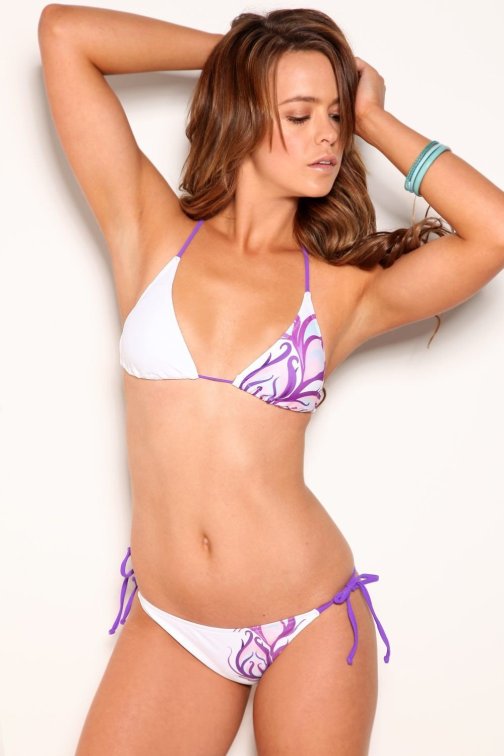 Peyton (5’9 138lbs 27 y/o) lives near LA.  She currently owns her own specialty clothing boutique and is working on designing her own clothing line.  At one point, she was a very talented amateur surfer and considered trying to compete professionally.  In her spare time she surfs and roller blades to stay in great shape.  Peyton’s response about why she would be a good Apartment fighter — “This is my world.  Physically I am in great shape and have great power.  No one tells me what to do.  I am the alpha cat.”