This one promises to be a nasty one.  Both are newer fighters and from the west coast.  Chloe was recently selected to participate in a round robin event and Zarah thought that was her opportunity.  Both of these fighters claim to be the hottest fighter in the West Coast Club.  Can the cheerleader make Zarah feel worse after this fight?  Or will Zarah assert herself and claim the position as the top lightweight of the West Coast Club?  Both have laid it out there that they intend to wreck their opponent.

Chloe (5’4 117lbs 20 y/o) lives near Eugene, OR.  She is currently a student at the University of Oregon and a member of the cheer team.  She is studying to be an exercise physiologist or a physical therapist.  She spends a considerable amount of time in the gym as part of the team in various conditioning and strength building exercises.  She loves to hike and be outdoors when she has free time.  Chloe’s response about why she would be a good Apartment fighter  — “I’m the prettiest.  I win at everything I do.  Cheerleaders are athletes.  I plan to show up all these bitches who think cheer girls are weak.  And trust me, I’M A SERIOUS BITCH!” 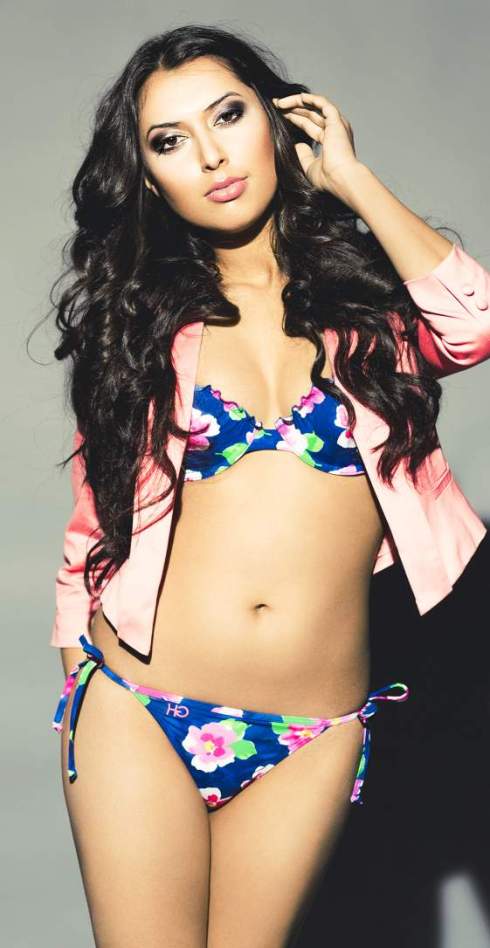 Zarah (5’4 110 lbs  23 y/o) lives near San Francisco.  She is self-employed as the COO of a small technology start-up in Silicon Valley.  Her family is originally from India and they are quite wealthy.  This wealth has enabled Zarah to get a business degree from NYU and not to pursue her career as a young entrepreneur.  She stays remarkably fit and does some modeling on a part-time basis.  She thinks her focus and discipline makes her a star in the making in the apartment fighting realm.  Zarah’s response about why she would be a good Apartment fighter — “I’ve got the best trainers, the best resume, and the best looks of all the fighters at the Club.  This is just one more challenge for me to overcome, and I always break down and overcome anything that challenges me.  The other women in the Club would do best to stay out of my way.  I’m destined to be a champion.”

Chloe enters the fight with undefeated record winning all three of her prior fights.  Her opponent Zahra is also undefeated winning her only fight so far.  The fighters have engaged in a war of words via social media leading up to the fight.  Both are thought to be potential contenders and come from West Coast Club.  They have each claimed to be the top lightweight fighter in the club.  In addition, Zahra is particularly angry because she feels that Chloe was selected for the round robin fight opportunity that should have belonged to her.  This match is too close to call and should be a hell of a fight.  Both fighters have every intention of destroying their opponent to prove their point.  Only one will be right and it’s time to find out who.

The fighters are introduced and the rules are presented.  The match will be a one fall fight with the first to submit losing.  As if the stakes are not high enough already, it is announced that the winner will take part in the lightweight championship series and the loser will not.  This match will be a no holds barred fight with the exception that blows to the head will not be allowed and there will be no time limit.

Zarah climbs off Chloe and circles the room leaving the blonde sobbing in a heap on the floor.  “I am the best fighter in the West Coast Club.  No way this pathetic bimbo deserved to have the round robin tournament.  Who did she sleep with to get a chance to fight for the lightweight title.  Look at her.  LOOK AT HER!!!! This wasn’t even a challenge.”