Quick hits from around the world of the AWC.  A number of matches took place in the recent weeks and the AWC Times was there to provide coverage and pass along the results.

This match-up featured two fighters with decent records within the West Coast Club.  All expectations were for a close and tough battle.  It didn’t quite work out that way once the battle got underway.  Raine dominated this match from start to finish demolishing Lola much to the surprise of fans.  Lola had no answer for Raine’s rough tactics to start the match and after being battered about by Raine fell victim to a series of holds forcing the blonde to cry out her surrender to the mean redhead after only five minutes of fighting.

The Pacific Club matched up two of its top ranked fighters as the positioning for number one contender to take on Bao continues within the Club.  The match was highly anticipated with both fighters making a strong case for why they would win this fight.  The fans were not disappointed as the two fought a tough match until one finally subdued the other.  Control of the fight switched back and forth multiple times over its twelve minute duration before Anushka finally captured a tired and worn down Charlotte and forced a submission.

The European Club sent Zora to visit the West Coast Club where she met Belinda.  Zora has been making noises about wanting a European Club title fight and needs a good showing on her trip to the U.S.  Belinda has struggled and needs a solid fight to get back on track.  The match turned out to be a good battle between a relative newcomer and an AWC veteran.  Belinda was able to give Zora some real problems before Zora was able to finish her off with a rough and vicious attack after a ten minute long battle.  Zora celebrated the win and issued a challenge to Alessandra for a title match.

The European Club sent Catrin to visit the East Coast Club where she met Melinda.  Catrin won her first match shockingly upsetting one of the top fighters in the European Club and her visit to the East Coast Club gives her an opportunity to continue that momentum.  Melinda sees this fight as an opportunity to get a win over an inexperienced opponent from Europe.  The fight goes back and forth and Melinda almost submits Catrin at a couple of different points before she in turn is forced to submit to a Catrin’s attack on her lower body. 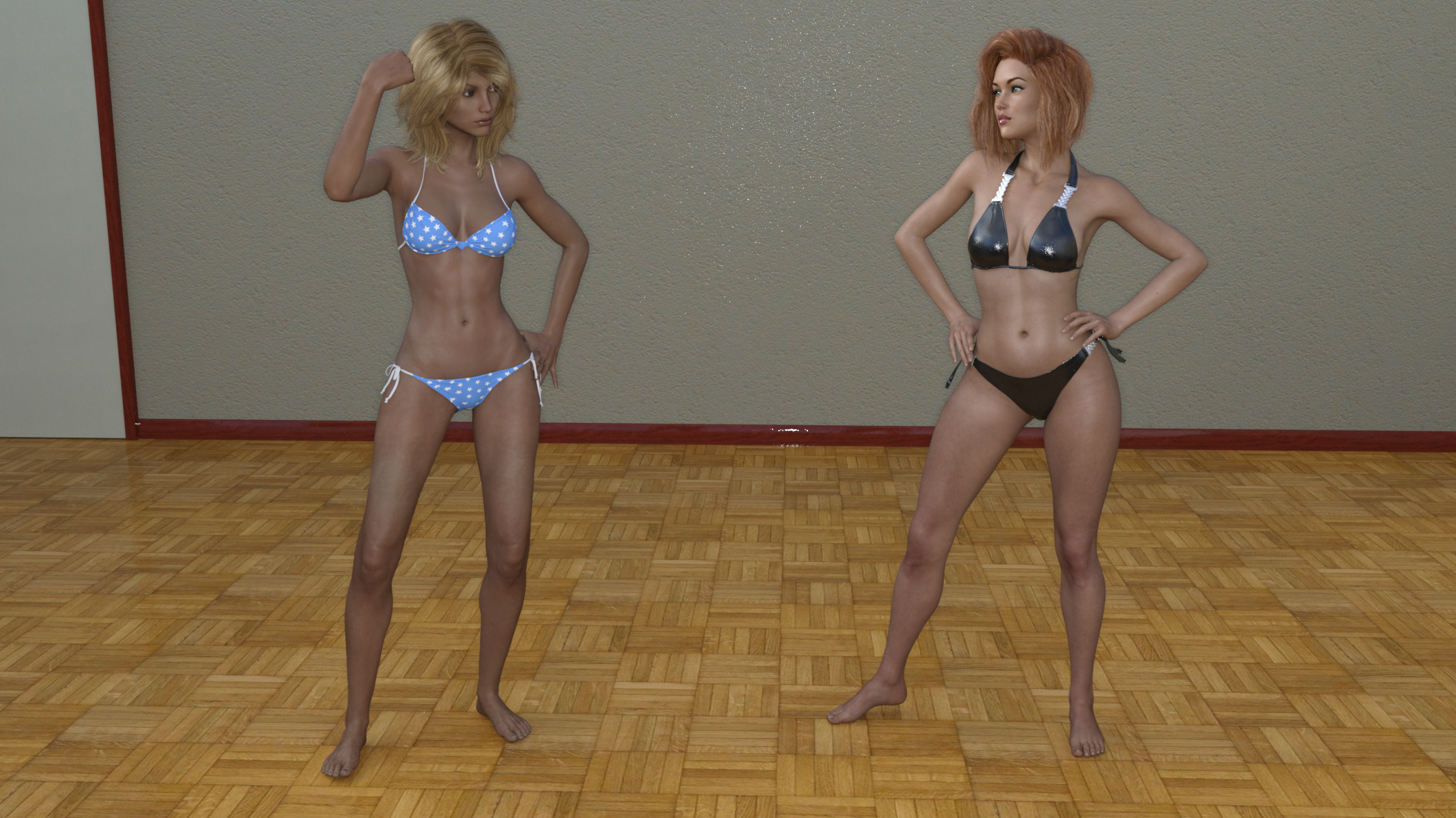 Catrin and Melinda preparing to do battle. 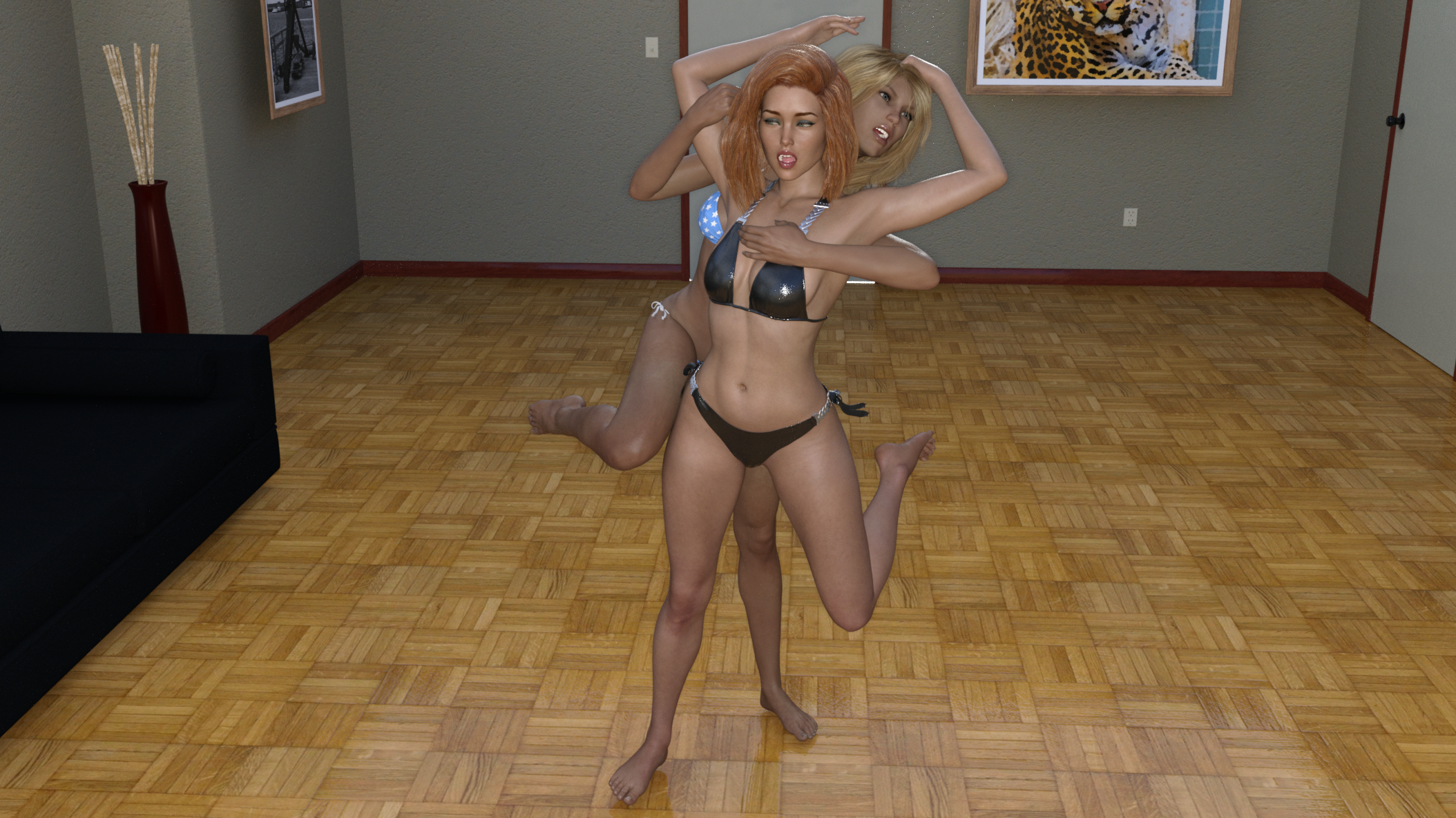 In the early moments of the match Melinda is able to slip behind Catrin.